This OLED uses In-Cell technology to bring a touchscreen to this extremely thin module. As the name suggests, in-cell touch embeds the capacitive touch sensors into the glass of the display rather than adding a touch panel to the top of the module. By eliminating the need for this extra layer of glass, this touch screen OLED can be thinner and lighter than a comparable module using standard touch technology.

The touch on this display recognizes touches in four touch zones and different gestures such as swipes. There are also four out-cell touch options for external sensors.

Because the touch is part of the original OLED panel, this monochrome display only uses a single tail for both the display and touch. Plus, Crystalfontz has worked to create a slim tail to reduce the footprint needed to connect with this display.

This display offers a great way to have a changeable button, ancillary display, or visually responsive control.

* Contact us about potential lead times.
Components worth considering

Need a written quote? Add to cart, then enter your email address in the "request a quote" box. 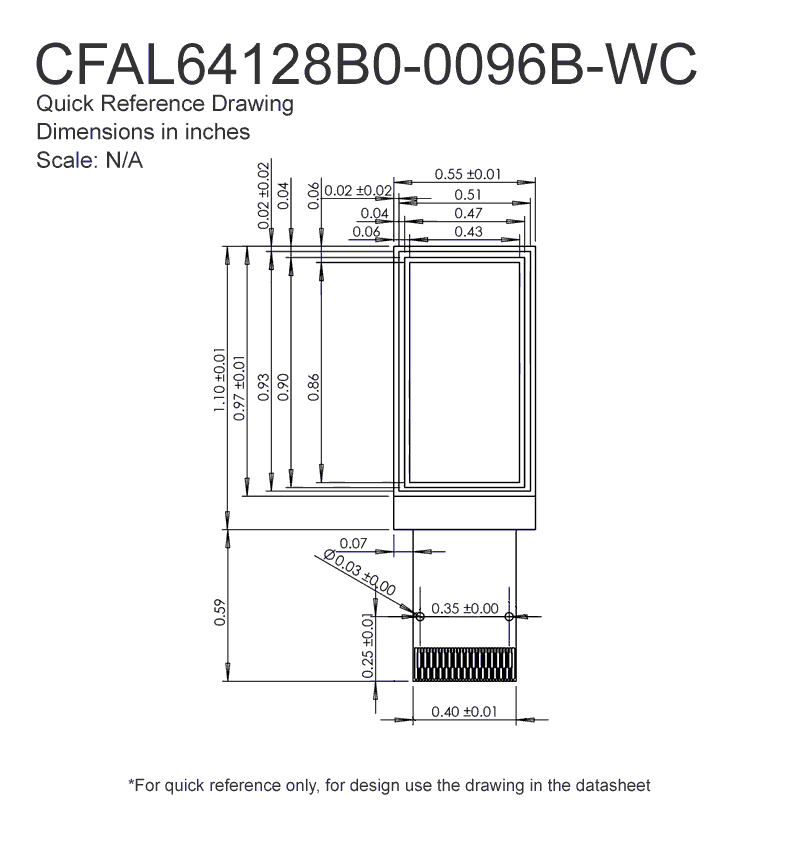 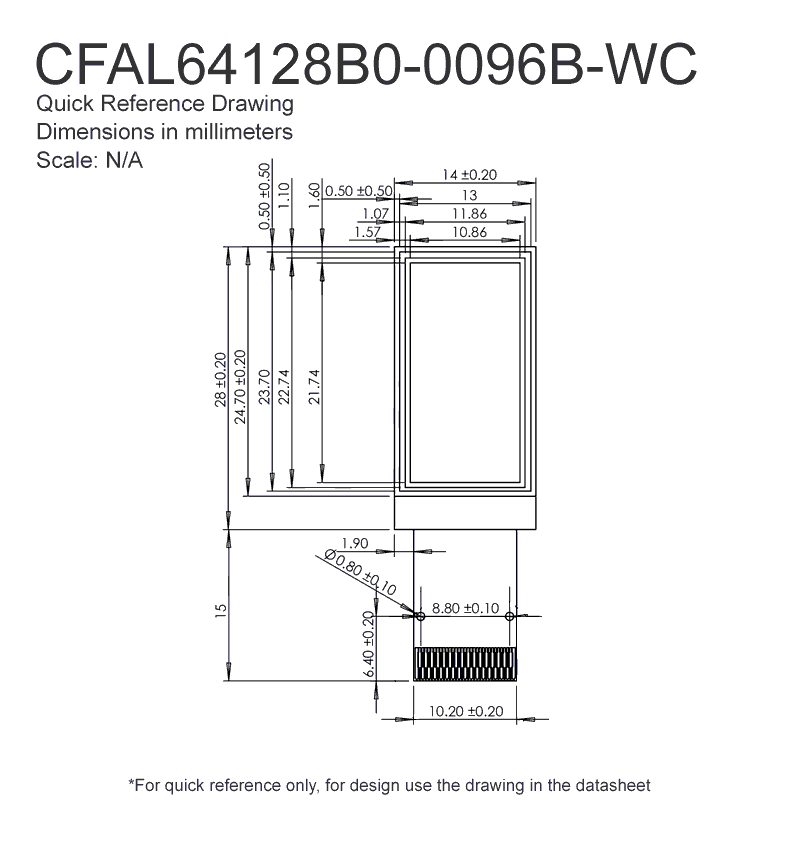 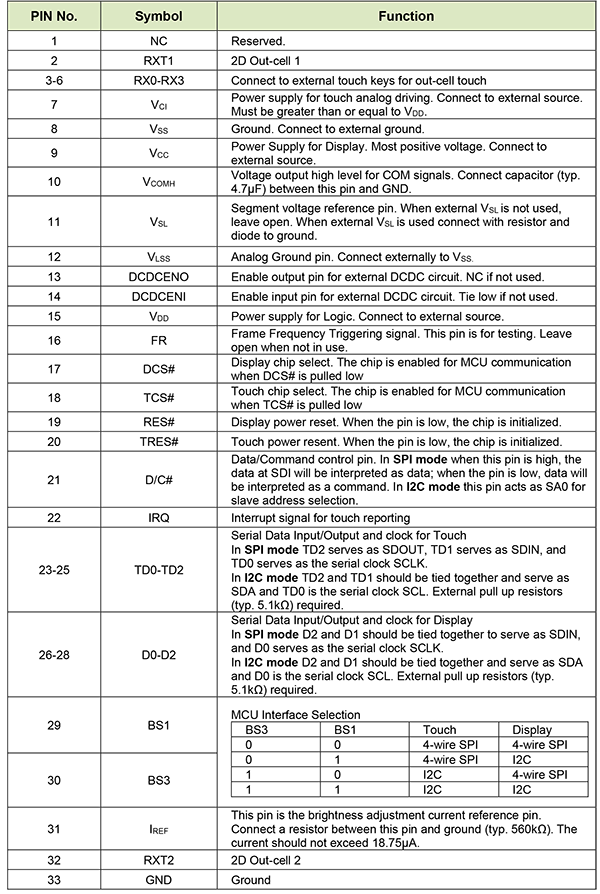